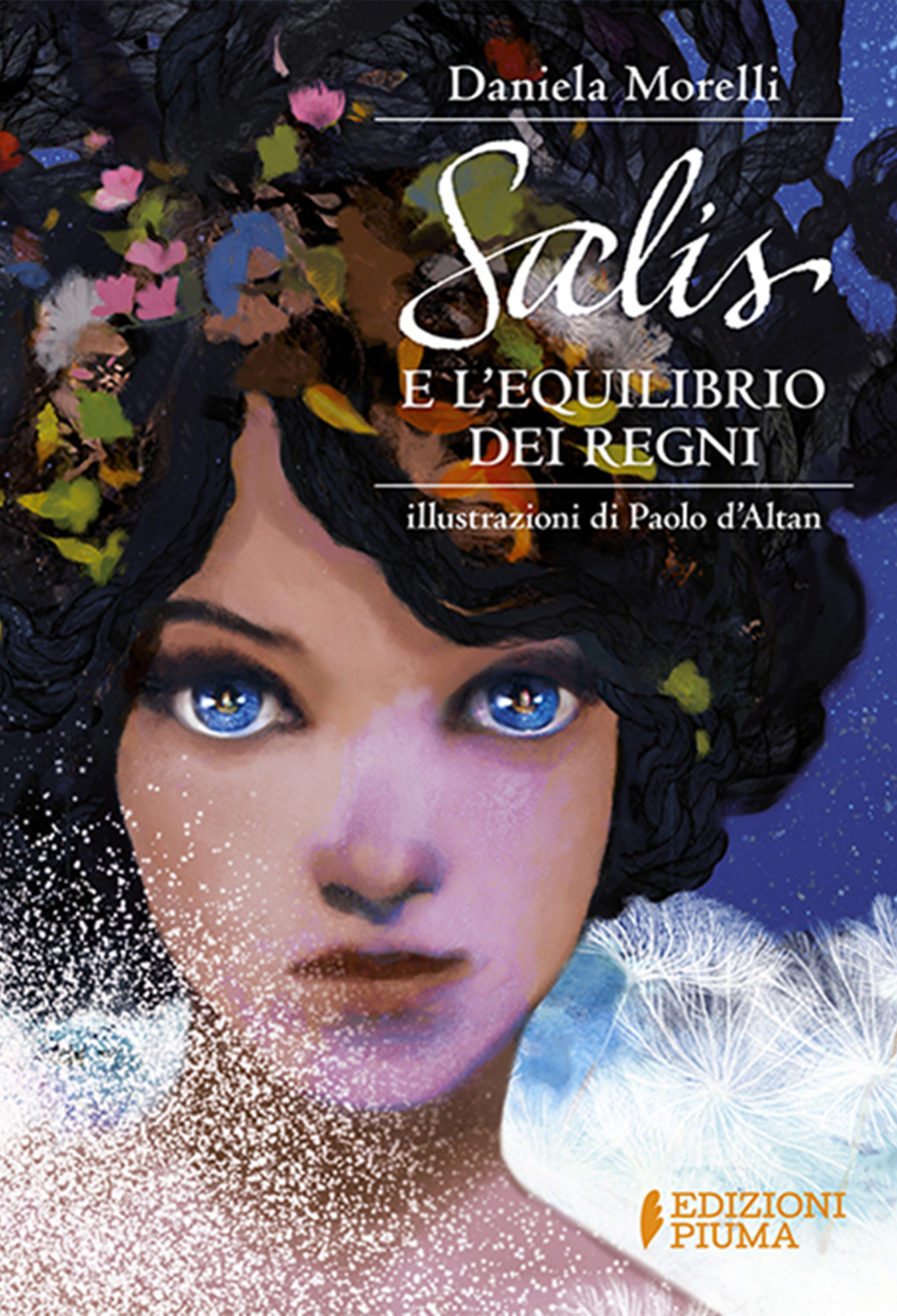 Her name is Salisedine, Salis for short. She was born and raised in a salt marsh, where she still lives: in fact, humans are slaves of the Mineral Kingdom and under the commands of the Salt Crystals. But Salis is special, she talks to the Moon who asks her to restore the Balance of the Realms. Motherless, she is on the run from the saltworks in search of her father through the treacherous Sweet Water Region. Will the brave Salis make it to the Volcano? Will her powers be contagious?

Salis is not only a rebellious and brave teenager, she has the power to restore Balance in the Realms. Born from a dystopian idea of Daniela Morelli (author) thanks to the meeting with Paolo d’Altan (illustrator) and Laura Rota (designer) it develops with a cross-media perspective, which leads to experiment different narrative paths.

“It isn’t a good time to run away, but I have this really strong urge inside me to do it… I must do it. After delivering the last load of salt last night, I slept like a baby. I was so terribly tired… I’d never have thought I’d find the strength to get up in the middle of the night and actually leave. But I did it. I dreamt of the Moon. It was yellow and full like it is on the roster’s whiteboard and it said to me, “Salis, run away.” I got up and left my hut”.

And so fourteen year old Salis’ adventure begins.
In her world the Mutation has already taken place and humans are slaves to Salt Crystals.
Salis Escapes is the first in a series of episodes of a written, illustrated and animated story, Salisedine.
Written by Daniela Morelli. Illustrations and development of characters by Paolo d’Altan.